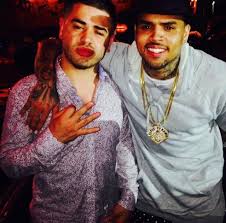 Chris Brown vs. Soulja Boy is the word of the day ! Whatever their beef is, Soulja Boy and Chris Brown should keep it musical, lyrical or if they absolutely have to come to blows, the right thing to do is keep it in a boxing ring, with the gloves on.  The issue itself might be misrepresented, but it sounds like Chris still has a thing for an ex-girlfriend, who might have something going on with Soulja Boy. And whereas Soulja Boy could have just let the situation go, Soulja immediately goes into a gang banging mode on Chris, or trying to do what he thinks is gang banging anyway.

First of all, if Soulja Boy was truly a certified banger, he would try to keep that as quiet and as low-key as possible, because that can get an artist caught up with law enforcement.  Most gangbangers really wouldn’t pull out their guns unless they truly needed to flex on somebody.  Even if they haven’t actively done anything in a while, law enforcement can pull old cases, and try linking them to something they may not have had anything to do with.  It would even be a huge win, if they can get a successful artist caught up, that is also a certified gangbanger that has made a legitimate way out of the streets for themselves.

Secondly, you don’t come down to the hood unannounced taking video footage, especially if you really know the hood you grew up in. You don’t want to film were all the gangbangers hang out at and give away their position.  You would protect your their location better than that.  If you remember Lil’ Haiti told Soulija Boy “get up off me, blood.”  Lil’ Haiti might be trying to beat a case right now.  You only do that with the cats you grew up with, or you been in the trenches with. Lil’ Haiti snatched Soulja’s phone, he was kind of looking confused like damn, I’m on camera, I don’t want a case for robbing this dude of his phone? Lil’ Haiti was really saying “get the hell on this is not representing the hood!

As a dude from South Central LA, you definitely don’t want to be out here running around town false flagging.  They might even let you rep their set, but if you weren’t affiliated with them in high school, then you’re not really respected out here.  You better had be down with the click as a teenager, or your subject to some problems.  It’s kind of hard to see Chris repping a hood, but at least in this situation; he’s doing it the right way, which I don’t think he’s acknowledged Soulja Boy on that level yet.  He could be keeping the code or term “its honor amongst thieves” which keeps it on a personal level between them as men.   One, if cats do acknowledge you, they aren’t going to give a second thought to smoking or killing you, and leaving you in a dumpster somewhere.  Two, if you don’t have those serious connections, and ties like you played hide and  go seek, or football with a certified OG  you are bound to get smoked as well.

Remember Sanyika Shakur speaking on the 8 Tray and Rollin 60’s feud (Two Crip sets who had some series issues amongst one another)? If you don’t know the history, and you don’t know how to move between sets, it could cause you a death sentence.  So you have that situation, like Shakur said, where the new dude is eager to “put in work” and killed a dude respected from a different set. When the two sets were supposed to have one dude from each side fight in a regulated fashion to settle a dispute, the new eager dude has now just turned basic drama between two individuals into one of the worst wars ever seen in Los Angeles going back to the late 70’s.  If you have not been in it from the beginning, your putting a target on your back that way, because you really don’t know the rules to this shit! For example, they might have blood relatives from your set and the word is “no contact” when they’re out and about unless they start something. Or you might be seen out and about and targeted off somewhere where you think you can relax, and the thing that saves you is the dude that was talking about getting at you is riding with his homie, but his homie knows and respects your daddy.  You didn’t even know you were targeted to be beaten and robbed until a phone call comes a few days later.  It was the cat from an enemy hood, that stopped you from getting robbed, because he remembered how you carried yourself from the basketball courts, or when you dated his sister, you always brought her back home happy and at a decent time.  And you never knew all this played out until one of your homies pulls your coat tail about the matter.

Some cats are generations deep in this lifestyle, born and breed into it, and it’s nothing to play with.  If there’s anything good that can come out of this, well, men are going to be men until the end of time, and beef over woman, that’s  is nothing new.  Actually, it’s to be expected!  If Mayweather, Tyson, and whoever else is involved in this beef between Chris Brown and Soulja Boy, can help them keep cooler heads, and turn this negative situation into a positive then this drama could be kept in-house for the most part.  The Media loves to see these types of issues go “viral” because it generates ratings for them; ratings translate into dollars.  This time maybe some of those dollars can stay in house.

This has turned into so much of a spectacle I ended up having to explain this to my mother because it was on the television show “The View.” I hope they handle it like grown men before it gets out of hand. 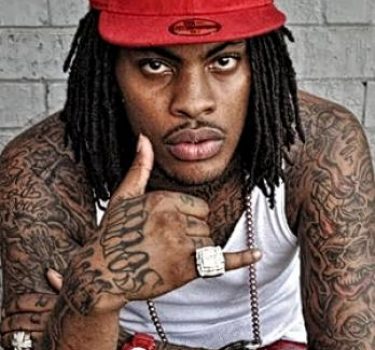 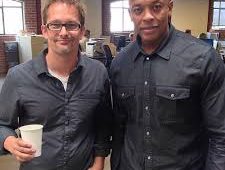