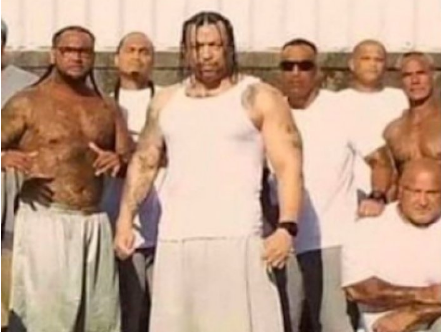 Pictures of Big Meech recently surfaced online. He is in jail serving a thirty year prison sentence for drug trafficking. 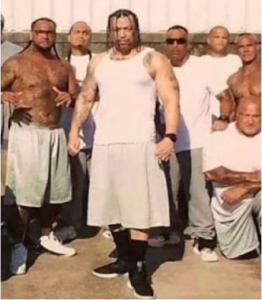 Meech, recently asked, to be released due to the Coronavirus outbreak that has taken place in prisons across the US. Demetrius Flenory aka Big Meech was denied an early release, but his brother Southwest T, was granted a compassionate release back in May.

Big Meech has had several disciplinary issues, which lead to his request for early release, being denied. This recent photo shows him looking swollen and fit like a ton of bricks. He is ready to appear in the BMF documentary.

They Go in Skinny Came Out Swoll

People often wonder how guys who go to prison skinny come out buffed and muscular. It seems like Meech is one of those guys. He should be on the cover of a Men’s fitness magazine. It looks like he is making the best of prison life by staying in shape. Gucci Mane was another cat that went to jail and came out super fit. Maybe it’s just a way of passing the time.

In this photo, all the guys look like they’re focused on their bodies. Recently, Donald Trump pardon several people from drug lord Harry O to Lil Wayne. If would’ve been a trip if president Trump pardon Big Meech on his thirty year sentence. Damn!

50 cent has been working on the BMF documentary for some time. This anticipated masterpiece will showcase the  the rise and fall of BMF. BMF the (Black Mafia Family) was once of the largest drug organization in the country. They had their hands in a lot of businesses and ran drugs from the North to South and all in between. A lot of folks came through their squad. Young Jeezy was one of the most popular people who was affiliated with BMF.  Jeezy went on to become a platinum recording artist.

50 cents involvement will make this a documentary with watching. 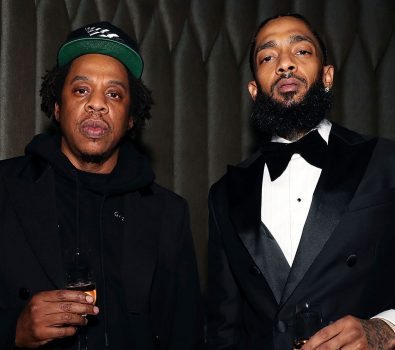