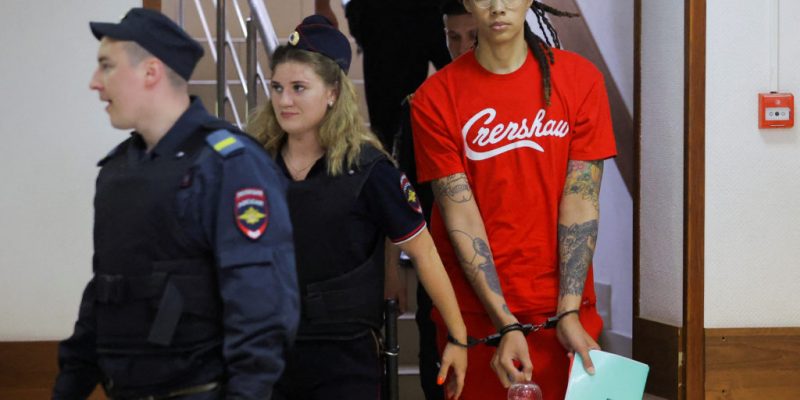 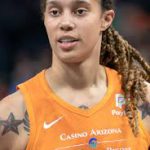 WNBA star Brittney Griner has been in Russian custody for a 140 days or a little over five months. Griner got detained by Russian authorities for carrying two vape cartridges that contain hashish oil. The WNBA-All Star, Brittney Griner, who plays for the Phoenix Mercury was immediately detained, at Moscow’s Sheremetyevo Airport, in February. Since then, she has been pleading with the Biden Administration to aid her in her release to come back to America.

Brittney Griner was caught in the wrong place at the wrong time. Upon her heading home, Russia and Ukraine began fighting over land. At the same time, tensions between Russia and the United States begin to take shape, as well. And Brittney is caught in the middle of all this turmoil between both countries. In Russia, hashish oil is illegal, but who knew considering it’s only used in vaping products.

As the war started to unfold, the European Union, including the United States, brought heavy sanctions against Russia. The Russian Ruble took a turn for the worst. Major corporations like McDonald’s, Burger King, Airbnb, Amazon, Apple, and others cut their operations in Russia. Russia, most thought would fold under the economic pressure, but they didn’t.The ruble got even stronger under economic sanctions.

After the attack, the Russian economy started to thrive. One sanction after another was thrown at Russia, but they seem to have survived them all. Is it bad for business when you have a WNBA star, like Brittney Griner, sitting in jail for a minor offense? Probably not.

Why Do WNBA Players Go To Russia Anyway?

Griner and other WNBA players go to Russia to supplement their income. The WNBA is not paying their player’s million-dollar salaries like the NBA. Griner reportedly makes $1 million a year overseas playing for UMMC Ekaterinburg in the Russian Premier League. For the Mercury, her salary was $221,450 for the 2021-22 season, making her one of the WNBA’s highest-paid players. The league’s average salary this season is $120,600 and the top WNBA salary is $228,000, while the average salary in the NBA exceeds $7 million. – Fortune

As you can see, there is a huge pay difference in women’s and men’s professional sports. A lot of women go to Russia to make extra income and stay on top of their game. And Brittney Griner was doing her best to take advantage of the opportunity.

The war between Russia and Ukraine has put a strain on diplomatic relationships, between the US and Russia. Griner has been detained for one hundred and forty days. And she could be facing up to ten years in prison for carrying the vaping oil. Is this really about the oil, or about the war, between Russia and Ukraine? The United States is sending billions of dollars in aid to Ukraine and weapons to fight Russia. A bad move when you have a WNBA player sitting in a Russian jail.

When you have a war going on, and your top female pro athlete is in jail for drug trafficking. you got a huge problem. Griner wrote Biden a letter asking him for help, but will that be enough for the United States to fight for her release? Brittney’s wife, Cherelle Watson said, “if she was Lebron she would’ve been home by now.” There is a huge strain between the United States and Russia. The likelihood that she will be released with ease is unlikely, we are at war with Russia through Ukraine.

The worst time to be a prisoner of war is when two countries are fighting against one another. Brittney Griner, in my opinion, is just a casualty of war. She has no real value to either Russia or the United States. So, she will be strung along by both countries until they see a need to  decide her fate. Griner has already plead guilty to possession of vaping oil, in hopes of being released. But if Russia is still salty at how the US is sending aid to Ukraine it could be a long cold day in hell for Brittney Griner.

Biden has not shown much interest in her release either, only the WNBA and Brittney’s wife, Cherelle. Griner is just one of many casualties of war that go unsung, in my opinion. Lucky for her, she does have a little clout and a big time sports league behind her. The fact that she is facing up to ten years in prison says a lot about her situation. I hope  somehow they can free her soon, but if not, she may be in Russia for a very long time. And the fact that there is a war  between Russia and Ukraine doesn’t help either.

Leave your comments we love to hear from you 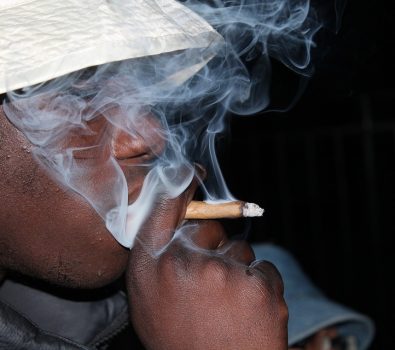