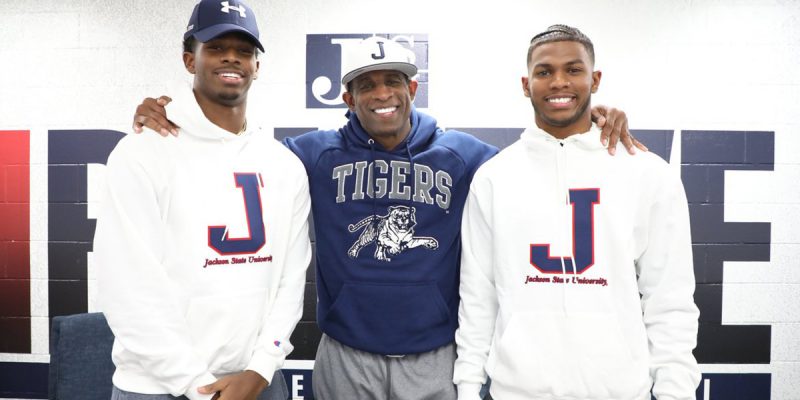 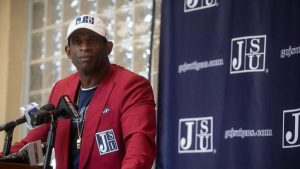 brings his legendary talent to the Jackson State Jaguars Staff. He is regarded as one of the NFL’s best corner backs, wide receivers, and punt returners in the game. Dieon played with a host of teams from the 49ers, Dallas Cowboys, Atlanta Falcons, Washington Redskins, The Baltimore Ravens, and played major league baseball for nine seasons.

Deion Sanders as a Head coach at Jackson State University

Shilo, a redshirt freshman from the University of South Carolina, took to Twitter about his decision to transfer to JSU. He previously had 32 tackles and a pass deflection in nine games for the Gamecocks this season. And his brother also brings some big time play to the team. Shedeur was a four-star high school quarterback. He transferred to JSU from Florida Atlantic and recently, just made it official.

“Pops said he needed some dawgs! So I’m joining my brother to help change the game at JSU and level the HBCU playing field.” – Shilo

Deion and his sons, Shilo and Shedeur, will definitely take JSU to the next level. Black college football is already a big deal, but this will put it on the world stage. Deion and his sons could change the course of history in regards to where black athletes attend school. And with Jackson St. having an already legendary program, we might just see more pro athletes, like Deion come back home to inspire the younger athletes. 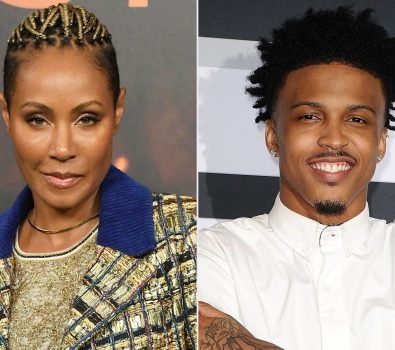