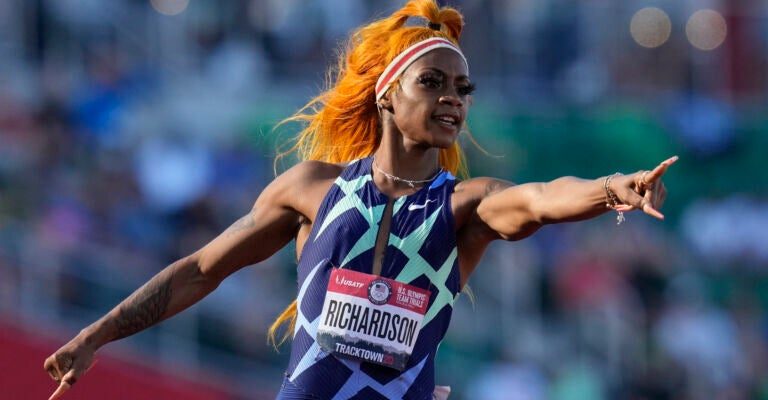 Sha’Carri Richardson is still headline news in the sports world. On July 2, 2021, news broke that the track star tested 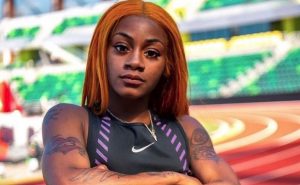 positive for marijuana. The track and field community was stunned, along with the black community. Sha’Carri made news when she broke the 100-meter record held by the late Flo Jo (Florence Griffith Joyner) back in 1988. People were anticipating big things from Carrie in the 2021 Olympics.

Carri broke stride when she tested positive for smoking weed. People in the black community were stunned and upset. Sha’Carri is suspended from her signature event, the 100-meter dash. Richardson made a public apology for her actions. She blamed her actions on some things she’s been going through and losing her mother. Due to the recent and past violence in the black community, people feel like she is a win, for us. We need something positive to hold on to, to give us hope for the future. Sha’Carri Richardson is that hope for most folks.

Should Sha’Carri be Held Accountable?

My question is, should Carri be held accountable for her actions? And why should people overlook the rules just cause she was having a bad day? Smoking weed is a violation of the rules. The Olympics is the John Madden of Sports. Anyone and everyone who is a world-class athlete knows if you smoke dope you will be punished for it. Since, when did Sha’Carri Richardson become the exception to the rule? The girl is lucky they didn’t ban her altogether. Black folks feel as though people should give us a pity party for her behavior.

Stephen Jackson is calling for a boycott of the Olympics because they suspended Sha’Carri Richardson. Man, you crazy is all I can say. Jackson, while being interviewed by the Shade Room, had this to say about Carri’s suspension for using Marijuana.

“Why should we even be a part of the Olympics, representing a country that don’t love us?” Jackson stated that reparations have been given to other groups, but not Black people. He also pointed to Congress stalling and not acting on an anti-lynching act. – Stephen Jackson

Liberation and The Olympics Is Apples and Oranges

Jackson’s statements is apples and oranges, in my opinion. Carri’s behavior doesn’t have nothing to do with my liberation. Stephen you want to put the fate of our country in the hands of a 21 year old weed smoker. Please Bruh! Miss me with that bullshit. Politics plays no role in what this young lady did. She made a choice to get high and now she has to pay for her actions. People need to stop looking for an escape goat. This young lady is talented but not talented enough to get my money from sleepy Joe Biden.

“When did it become cool to circumvent the rules of the game just because someone misbehaved and acted out of character. Society is really showing us that you can break the law and people actually think you are not supposed to be punished for it.” – Barry Brown

Today’s society is filled with cry babies and people who don’t want to do the work. Sha’Carri is a hell of an athlete but if you make your bed you must lie in it. Recent reports are stating she may miss the 100-meters but compete in the 200- meter race. The Olympics has rules and no matter how talented you are, you are not above those rules. We as a race of people have to stop crying about what one should give us, and be ready to work to obtain our own liberation. 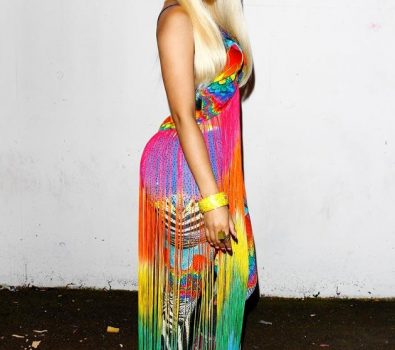