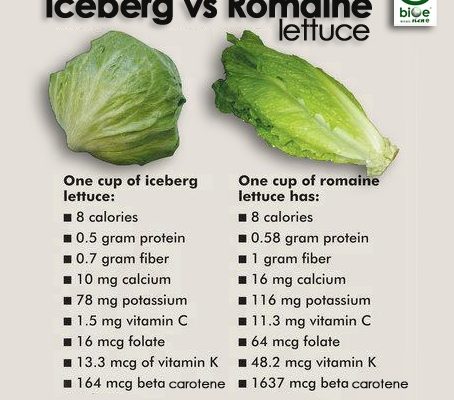 Romaine vs. Iceberg Lettuce! Which one is the better of the two? Romaine lettuce has been deemed to be the better of the two according to health experts. Iceberg lettuce is probably the most popular of the two lettuces but has little to no nutritional value. Romaine has its origins in Rome which gives way to the name Romaine Lettuce. Romaine carries more water than Iceberg which brings about more nutrients being passed to the person who eats it. Romaine lettuce is a very good source of dietary fiber, manganese, potassium, biotin, vitamin B1, copper, iron and vitamin C. It is also a good source of vitamin B2, omega-3 fatty acids, vitamin B6,  phosphorus, chromium, magnesium, calcium and pantothenic acid.

Ice Berg lettuce formerly called crisphead lettuce earned its modern name in the 1930s when East Coast residents would excitedly wait for the shipment from California covered in ice, and would call out eagerly that the “icebergs are coming” take from the superhuman coach.com. Iceberg has been known to carry a lot more pesticides and disease than Romaine does. It is also considered a hybrid plant! And due to Iceberg being more widespread than Romain, you hear more about the effects of Iceberg than Romaine. Iceberg still has some value such as it is low in Sodium, and very low in Saturated Fat and Cholesterol. It is also a good source of Thiamin, Vitamin B6, Iron and Potassium, and a very good source of Dietary Fiber, Vitamin A, Vitamin C, Vitamin K, Folate and Manganese. But, what makes the two uniquely different is how it grows, because Iceberg grows in a ball it doesn’t receive the direct sunlight so the leaves don’t green up. Iceberg is also a storage lettuce, in which case, you can freeze it and eat it at a later date which is really not good.

Romaine beats Iceberg because it gets more vitamins and nutrients with photosynthesis. Iceberg doesn’t get as much from the sun as it should. It may seem like your eating more crispy watered tasting lettuce, than green leafy lettuce, like Romaine due to the way Iceberg grows.

The verdict is in Iceberg may not be the best lettuce for you, while Romaine should be your lettuce of choice. 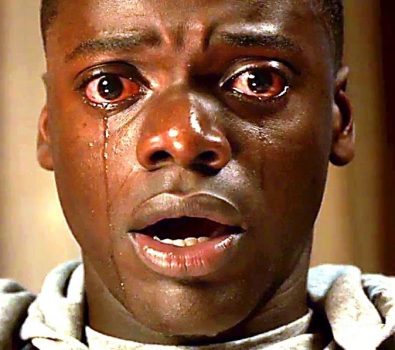