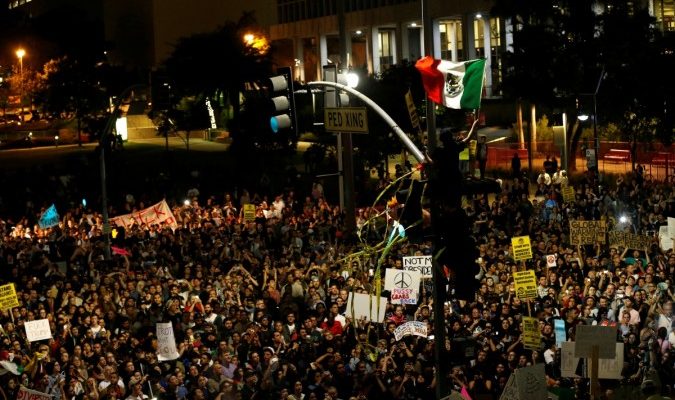 Donald Trump was scheduled to speak in Chicago at the University of  Illinois . His speaking engagement was  canceled suddenly when protesters and Trump supporters got into a scuffle. Thousands of protesters rode to the streets to let Donald Trump know that he was not welcome in Chicago.  Black Lives matter, and other protesters, have been at nearly all of Trumps rallies to stop the hate being spit from his mouth. As Trump supporters filed out security begin to have trouble containing the crowd. Chicago is a city that has an equal number of blacks, Latinos, as whites, and many of the cities youth were not going for the hate and racism that has been coming out of Donald Trumps mouth.

The New York Times reported, In a statement, Mr. Trump’s campaign said that he “has determined that for the safety of all of the tens of thousands of people that have gathered in and around the arena, tonight’s rally will be postponed to another date.”

“Thank you very much for your attendance and please go in peace,” the statement said.

Chicago protesters and supporters begin to clash as security and police tried to keep the peace between the two groups. A few police officers where hurt along with a few folks getting scuffed up. Chicago has been a city that has been known to have its fair share of racial tension in pass years.

Donald Trump is really causing some tension among voters who support him and dislike his style of politics. Many people feel as though Donald Trump has no real agenda except for the hate speech. Chicago protesters stood in unison by the thousands to let the Donald know he was not welcome in Chicago. It seems that more citizens black, white, Latino, and other ethnicities are not going for the race baiting that Donald Trump is giving to the people.

Lets continue to watch this unfold ……. 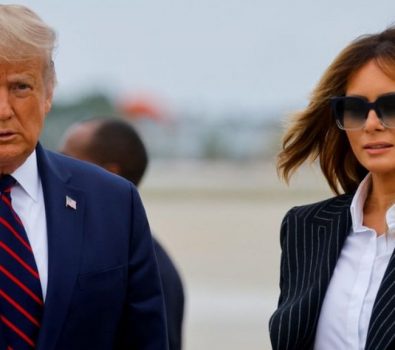