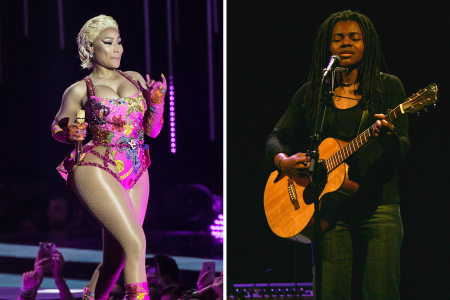 Tracey Chapman just won a huge lawsuit against Nicki Minaj for 450,000. Two years ago Nicki sampled some of Chapman’s lyrics and vocal melodies in a song called ‘Sorry’ featuring Nas.

The song was never officially released but did get leaked to DJ Funk Master Flex. Flex played the song on Hot 97, which is where, the problem really began for Nicki Minaji.

Chapman said Minaj had asked permission to use the song but she refused. Minaj argued in her defense that “Sorry,” even without Chapman’s blessing, was protected by the “fair use” doctrine. That is an exception to copyright law that allows artists to borrow copyrighted material under certain conditions, the newspaper reported. – 104.5 wokv

Many hip hop artist sample the records of more musically inclined artist, all the time. A lot of rap artist are not musically inclined. Let’s take George Clinton for instance, his records have been sampled by more rap artist, than you can imagine. Roger Troutman is another musical genius that was sampled to death. James Brown, yet another artist, whose records were used heavily by the hip hop community.

Nicki was within the copyright’s fair use act with how she used Tracey’s music. But  the problem may stem from Nicki’s team not knowing that Tracey Chapman is on the do not sample list. Chapman, Prince, Frankie Beverly and Mase  and a host of others do not allow for their music to be sampled.

It was based on a sample of the dancehall track Sorry by Jamaican artist Shelly Thunder. Unbeknownst to Minaj, that song was based on Baby, Can I Hold You Tonight, from Chapman’s Grammy-winning 1988 debut album. – BBC

Minaj’s legal team argued the fair use act, but by the song being leaked to Funk Master Flex, the copyright was violated. She made an apology and agreed to pay Tracey Chapman 450,000.00 for the copyright infringement.

Nicki and Tracey just brought to light what the real meaning of having your music copyrighted means.  A lot of artist don’t understand copyright law and break the law often. By Tracey having ownership over her music and copyrights, she was able to cash out and put a stop to the sampling. Record labels do slick stuff all the time to get the perfect record.

This is just an example of someone who missteped in how she used the music. I do believe Nicki is sorry for her actions and will be more cautious about her next sampling efforts. 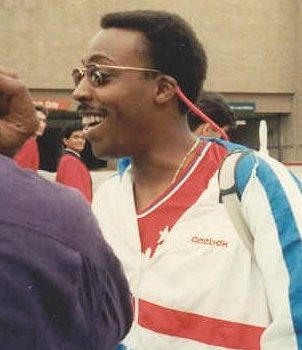